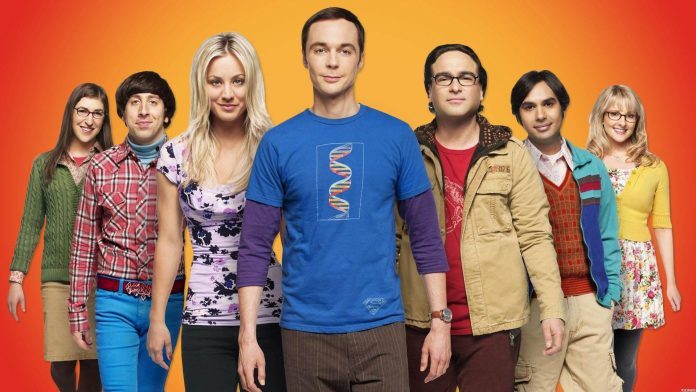 Learning from context is key to become fluent in English. This means to be exposed to the language as most as possible, and we all know how hard it is to balance this with our everyday lives. The most practical way of doing so is by combining English with an everyday activity. This way, we won’t feel we are studying but rather having a good time, and this is when TV comes into play.

Now, I am not pretending you to learn English by only watching TV, but I can assure you that by doing so you will have much more motivation to learn as you will be using English as a part of your life. You will also learn a lot more about the culture behind the language, since TV shows ordinary people using ordinary language in regular contexts such as school, at the gym, travelling, at the supermarket, etc.

Here’s my choice for ten great TV shows to learn English with: 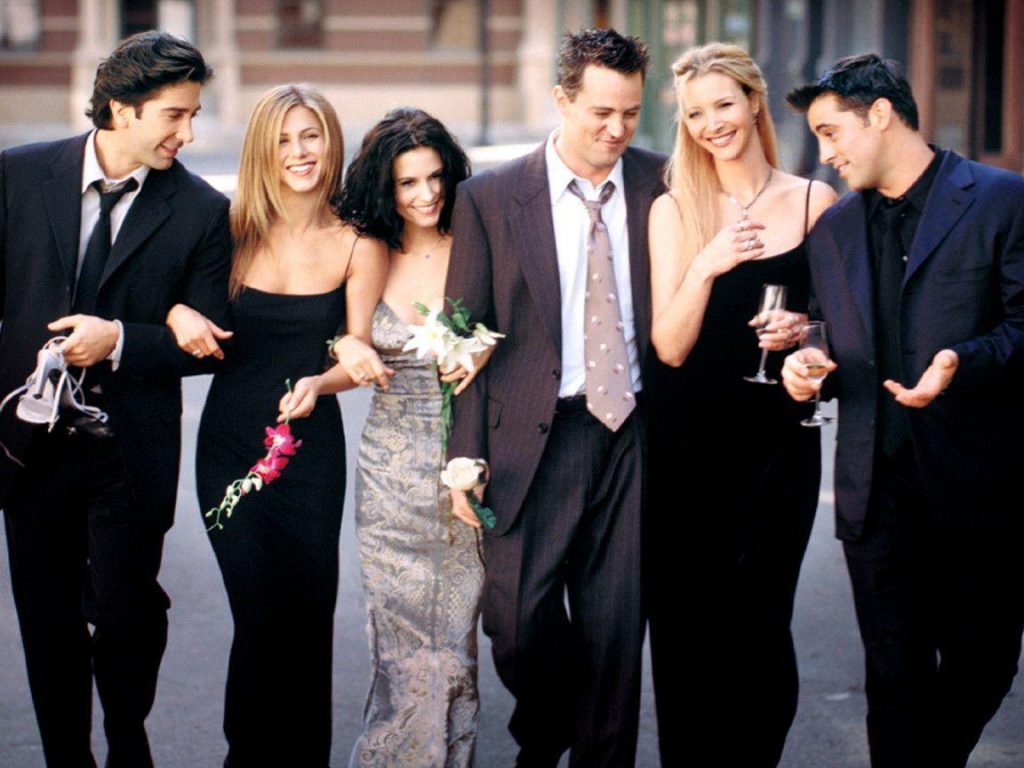 This is an American sitcom (situational comedy) that follows the lives of a group of New Yorkers in their 30s. The show itself is quite entertaining as many people can relate with the characters and that’s why it is so recommended to start watching TV in English, as they use vocabulary that you would use in real-life situations. It is good for a relaxed evening practicing your English, so don’t be surprised if after the 10th season you find yourself watching it without subtitles.

2. How I met your mother 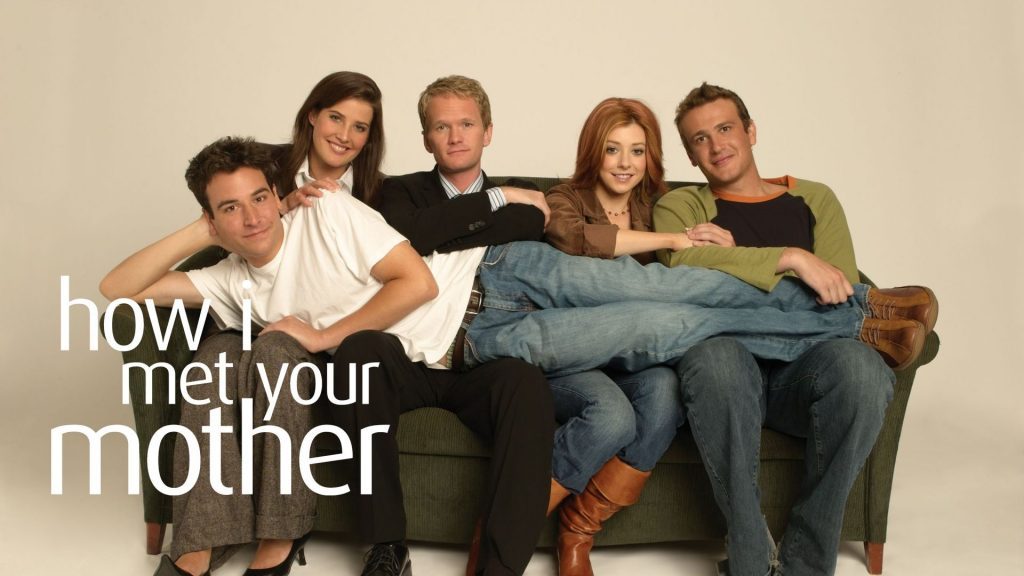 This is a sitcom that is a modern version of Friends and it has been tremendously successful. As Friends, it follows a group of friends in New York, but deals more with social aspects such as relationships, partying, etc, so you get plenty of vocabulary relevant to socializing. The English level used is fairly simple, although you will be introduced to many slang phrases. 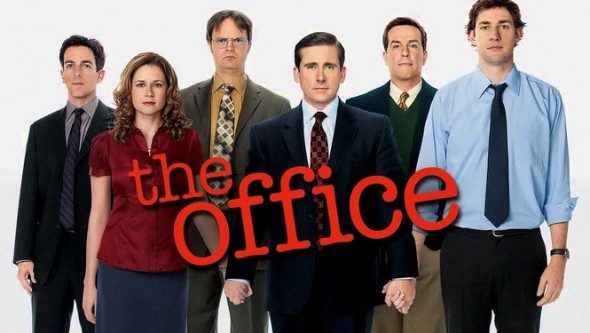 This is an American sitcom adapted from a British series of the same name. Both the British and American shows have the same story. It follows the day-to-day life of office workers in a paper company and it simulates the look of an actual documentary, with Steve Carell playing the role of their narcissistic boss. The English used is quite basic and the show itself is very fun, so you will find yourself addicted to it really quickly and learning English in the process! 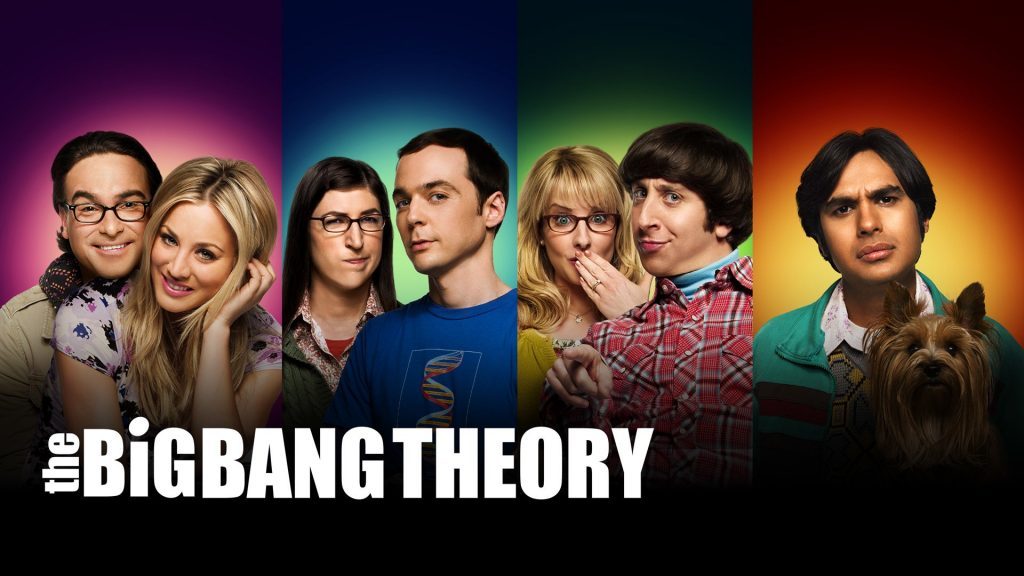 This is perhaps one of the most popular TV shows at the moment. It is centered on two physicists, Sheldon and Cooper, whose geeky lives are suddenly changed when Penny, an attractive waitress and aspiring actress, moves next to them and shows them how little they know about life outside of a laboratory. The show follows their relationship as friends, co-workers and roommates. They are also friends with their colleagues Howard and Rajesh. The good thing about this series is that you don’t have to understand all the words they are saying to understand what is happening as their actions are so clear, and if you are interested in science, you can pick up some vocabulary related to the topic as well. 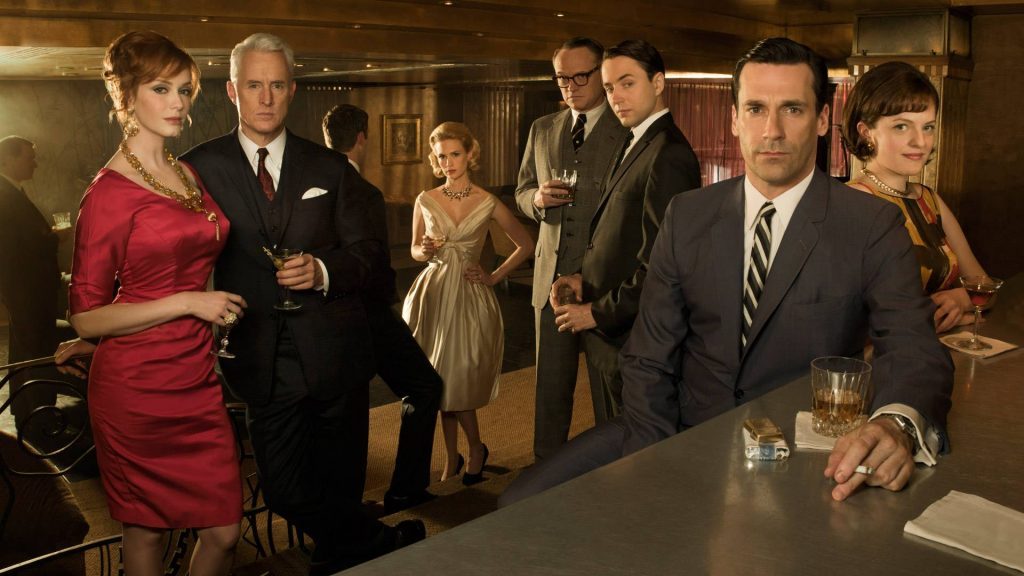 The series takes place in an advertisement agency from New York in the 60s. This series is fairly known for its visual style and its authentic and realistic portrayal of the social changes experienced by the United States in the 1960s, which are visible through the main character, Don Draper. Now, this is not a TV series suited for beginners, but if you already acquire some basic knowledge, it will help you improve your understanding and speaking skills, as well as vocabulary related to advertising and office life. 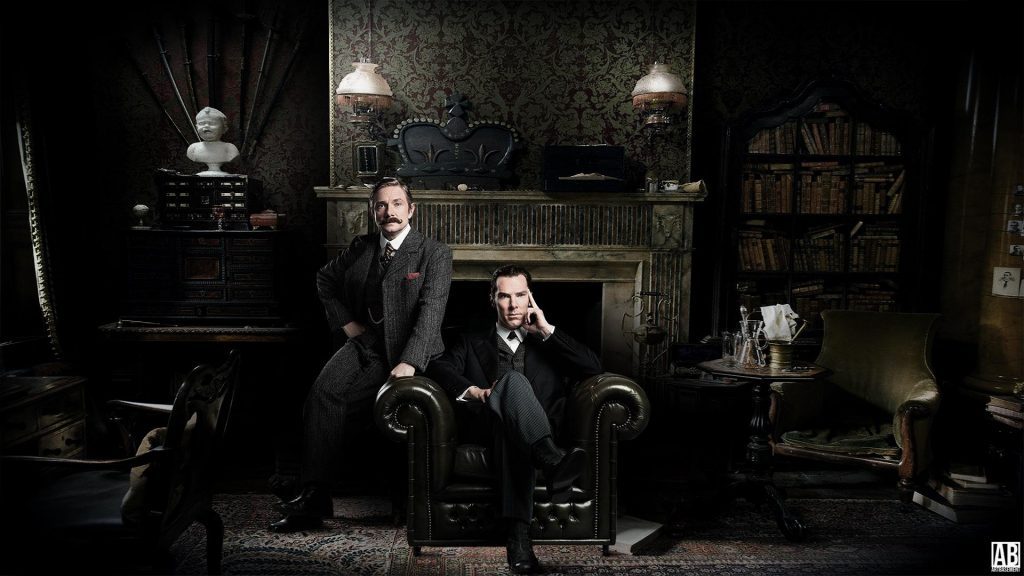 A modern adaptation of the Sir Arthur Conan Doyle series. Sherlock Holmes lives in a 21st century London filled with mystery, crime and deceit. The streets are filled with criminals and killers and, when police starts to feel desperate about the situation, they call upon Mr. Sherlock Holmes and his unconventional methods to find out the truth. This show will help you get used to listening to British English as well as vocabulary related to crime and investigation. 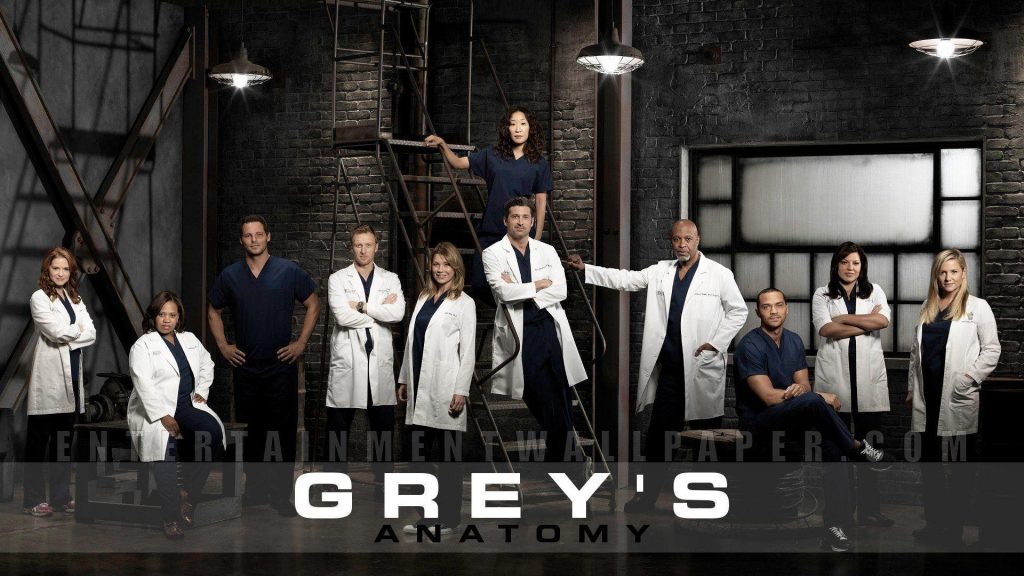 “Grey’s Anatomy” is one of the most popular medical sitcom of all times. The Grey of the title refers to Meredith, a surgeon in residence at the make-believe Seattle Hospital. It follows her process of becoming a surgeon while exploring the lives of each person that works with her as well as the relationship they have with each other. Although you will hear a lot of medical vocabulary that is quite complex (sometimes even native speakers don’t understand it) you will get to hear many idiomatic expressions that can be used in real life.

8. How to Get Away With Murder 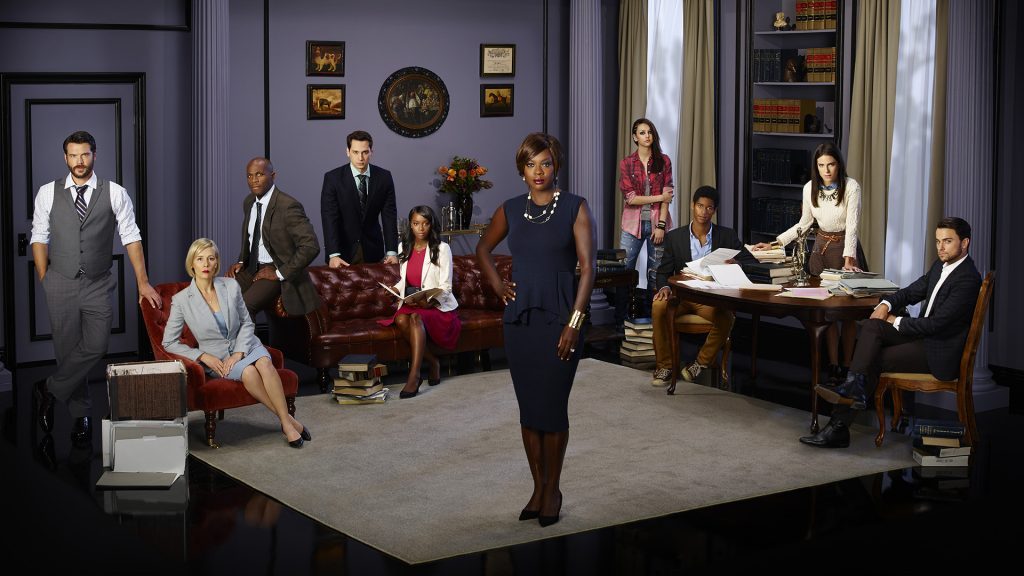 Annalise Keating is a famous lawyer and professor of law. Each year, she involves some of her best students into her practice to help with cases, but this year, her students will be quickly involved in a murder that will change the course of their lives. This TV series uses a lot of complex vocabulary related to law and justice, therefore is better for students with a medium or advanced level of English. The good thing though is that all the mystery and suspense will get you addicted to watching it, so you will expose more to the language. 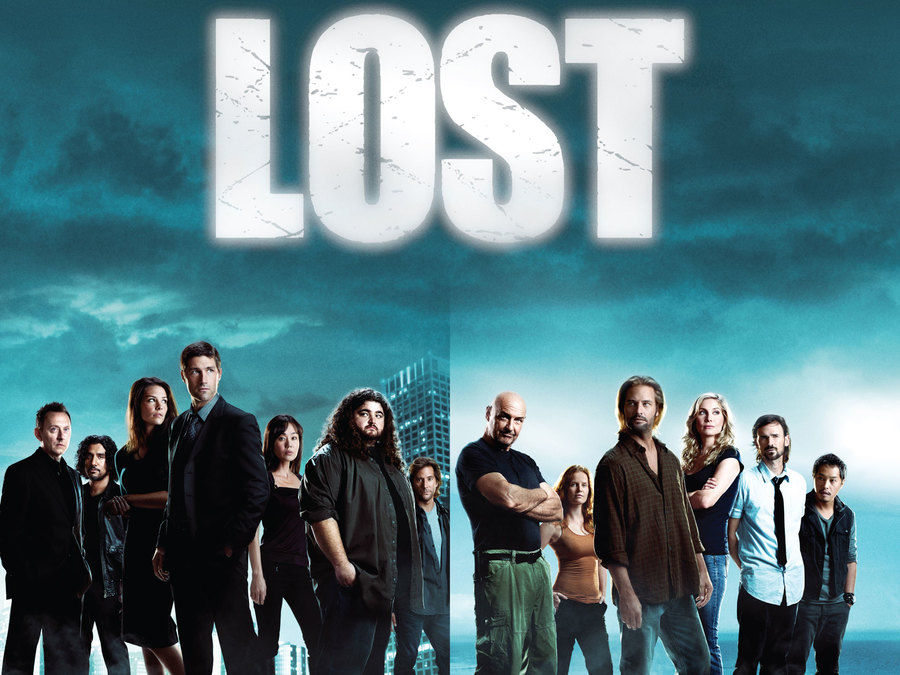 After a mysterious sequence of events, a flight from Sydney to LA crashes on what appears to be a deserted island. The chances of being found are small, so they have to learn to survive on the island and live with each other in a very dangerous place. The best thing about this series is that you will hear many different English accents, which will help train your hear. You will be exposed to American, British, Australian and Scottish English, so you will become familiar with them as you watch the series. 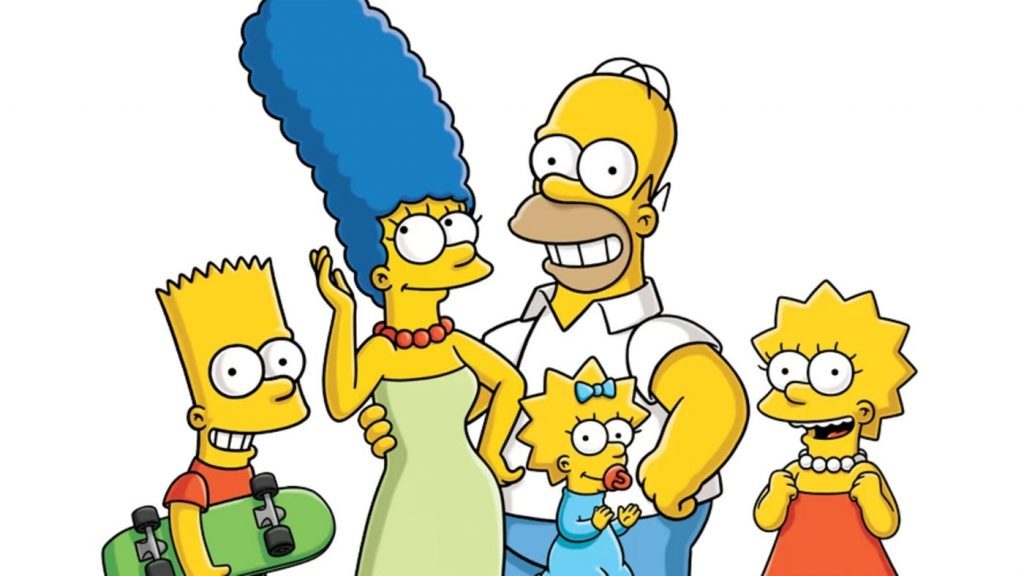 The series traces the adventures of a typical American family and has become in the icon of a generation, receiving several awards several times. After all, who doesn’t know Homer, Marge, Lisa, Bart and Maggie? The dialogues in this series are quite dense and the speakers speak quickly, which will help you improve your listening skills. Also, the vocabulary used in everyday life is quite interesting to listen to, specially american slang.

There you have it! Those are good suggestions to start using TV shows to improve your English without you even knowing it! Make the most out of your TV and use it to get a taste of how real-life English sounds like, instead of the often unreal scenarios presented in English grammar books.

Can you Repeat Please? The 3 Skills to Understand Native Speakers

Train Your Mind And Order The Words ✍️📖